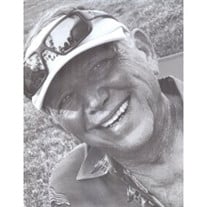 Charles Anthony Devenzio, 77 of Nederland, Texas passed away Saturday, January 16, 2021 at Baptist Hospital in Beaumont, Texas. Charles was born December 20, 1943 in Coraopolis, Pennsylvania to Charles A. Devenzio Sr. and Elizabeth Choka Devenzio. He was a resident of Nederland for 52 years and a member of St. Elizabeth Catholic Church, and a member of the ACTS Community. Charles was retired from Farmers Insurance as an insurance adjuster after 37 years of service. Charles had a love for sailing, traveling and barbecuing but his most precious love was spending time with his family especially his grandchildren, Lauren, Jett, Morgan and Kennedy. He had a heart of gold and would do anything for anyone. He was kind and loved to make people smile. Charles was a 45 year member of the Port Arthur Yacht Club and was also past commodore. He was a peace maker and has served as a mediator at the Jefferson County Dispute Resolution Center since 2006 of which he was named Mediator of the Year in 2015. Charles will be missed by so many but we know we have a new angel in heaven called PAPA. Survivors include his loving wife of 55 years, Marilee Devenzio of Nederland; daughter, Amber Davis and husband Jimbo of Port Neches; son, Trent Devenzio and wife Ronda of Port Arthur; sister, Brenda LaBorde of Groves; grandchildren, Lauren Devenzio, Jett Davis, Morgan Devenzio, and Kennedy Davis; and numerous nieces and nephews. A visitation for family and friends will be Tuesday, January 19, 2021 from 5:00 p.m.-8:00 p.m. at Levingston Funeral Home in Port Neches with a Rosary Service at 6:30 p.m. A Mass of Christian Burial will be at 10:00 a.m., Wednesday, January 20, 2021 at St. Elizabeth Catholic Church, 2006 Nall Street, Port Neches, Texas with burial to follow at Oak Bluff Memorial Park.

The family of Charles Anthony Devenzio created this Life Tributes page to make it easy to share your memories.

Send flowers to the Devenzio family.