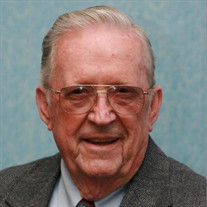 Earl Ray Jeffery passed away peacefully on December 28, 2021. A Celebration of Life will be Saturday, January 8, 2022 at 12:00 p.m. at First United Methodist Church in Port Neches under the direction of Levingston Funeral Home Port Neches. Officiating will be Reverend Brant Graham. Visitation will be from 11:00 a.m. until 12:00 p.m. Saturday, January 8, 2022 at First United Methodist Church in Port Neches. Earl was born in Calico Rock, Arkansas on February 13, 1931 to Emmett and Cumy Jeffery. He received his B.S. in Mathematics from Arkansas State Teachers College and a M.S. in Education from Vanderbilt University’s Peabody College. After serving in the Army during the Korean War he met his future wife, Susan Edmunds while working on his Ph.D. at Marshall University. He and Susan married and moved to Port Neches, Texas in 1964. He worked as a teacher, counselor, principal, director of curriculum and instruction, assistant superintendent and superintendent for Port Neches-Groves ISD during his career of 40+ years. He served on the Region 5 Education Service Center Board for Southeast Texas for 25 years where he held the position of Chairman of the Board for the last 20 years. He was a well-respected educator and touched the lives of many people. Earl loved his family. He and Susan were deeply in love and built their lives around their family, being very involved in their children and grandchildren’s lives. They placed the importance of family above all else. After Susan’s passing, Earl road-tripped across Texas to visit his children and grandchildren. Their children and grandchildren exemplify the family values instilled by Earl and Susan and continue to be close friends while living apart. Earl was a passionate supporter of the Boy Scouts of America, serving in numerous volunteer positions for over 40 years. Two sons and three grandsons achieved the rank of Eagle Scout and he made three trips to Philmont Scout Ranch in Cimarron, NM for 50+ mile treks with his boys. Earl was very strong in his faith and he and his wife, Susan brought their family up as active members of First United Methodist Church Port Neches and taught them to love Jesus. He was actively involved in the church and served faithfully while modeling his love for Christ in his daily life. Earl was always a motivator and encourager and was always looking for ways to enrich the lives of others. He loved to visit friends and family in nursing homes, often taking them treats (one of his favorites was sharing small cups of ice cream). He always had a story to tell, and he could tell the same story over and over…rest assured, the details would be the same each time. You could be certain that within each story was a deeper meaning or a hidden lesson. He leaves a strong legacy and has touched the lives of so many people. Earl was preceded in death by his parents Emmett and Cumy Jeffery and his wife, Susan Jeffery. Earl is survived by his daughter and son-in-law, Kelly and Barry Low of Cypress; daughter and son-in-law, Maria and Greg Sims of Port Neches; son and daughter-in-law, Jim and Debby Jeffery of Boerne; son and daughter-in-law, Ben and Stephanie Jeffery of Dallas; grandchildren Morgan and husband Tommy English of Oceanside, CA, Nathan Sims, Scott Low, Andrew Jeffery, Matthew Jeffery, Sydney Jeffery and Roman Jeffery and great-granddaughter Scarlett English. In lieu of flowers, memorial contributions can be made to First United Methodist Church Port Neches, P.O. Box 277, Port Neches, Texas 77651.

Earl Ray Jeffery passed away peacefully on December 28, 2021. A Celebration of Life will be Saturday, January 8, 2022 at 12:00 p.m. at First United Methodist Church in Port Neches under the direction of Levingston Funeral Home Port Neches.... View Obituary & Service Information

The family of Mr. Earl Ray Jeffery created this Life Tributes page to make it easy to share your memories.

Send flowers to the Jeffery family.