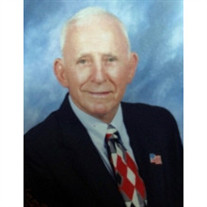 Francis James Fenn, 98, passed away at his home in Groves, Texas on Sunday September 6, 2020. Born in Springfield, Massachusetts on March 10, 1922, Francis was a lifelong lover of sports. He played football, baseball, and hockey in high school and remained an avid hockey fan throughout his life. During World War II, Francis served in the Merchant Marines eventually achieving the rank of Lieutenant. He moved to Texas after his service ended where he met the love of his life Mary. He worked as an electrician for the Texaco refinery for 35 years. Francis had many friends and was always the first person to lend a hand when someone was in need. He loved working in his yard and working on projects in his workshop. He also loved watching all his children and grandchildren doing what they loved. He liked to be in the audience at dance recitals, piano and band recitals, as well as football and baseball games. He was always their biggest fan. A visitation for family and friends will begin at 9:00 a.m., Thursday, September 10, 2020 at Levingston Funeral Home in Groves with funeral services to follow at 10:00 a.m. Burial will be in Greenlawn Memorial Park. Francis was preceded in death by Mary, his beloved wife of sixty-seven years, his father Francis James Fenn Sr., his mother Claire Phelps Fenn, his brothers Robert and Jimmy Fenn, his sisters Eleanor Robbins and Jean Sands and his much loved son-in-law Douglas Norwood. He is survived by his daughters, Karen Fenn Norwood and Linda Ann Fenn, and his son Mickey Paul Fenn and his wife Tresa Wood Fenn. He also leaves behind his grandchildren Stacey Norwood Vickers and her husband Matthew, Kevin Norwood and his wife Deedra, Keith Norwood, and Brock Fenn. In addition, he had seven great grandchildren, Chloe and Emma Vickers, Parker, Case and Cole Norwood , and Graham and Holden Norwood, as well as several nieces and nephews. In lieu of flowers, the family asks that you make a donation in his name to your favorite charity. The family would like to extend a special thank you to Southeast Texas Hospice for their excellent care.

Francis James Fenn, 98, passed away at his home in Groves, Texas on Sunday September 6, 2020. Born in Springfield, Massachusetts on March 10, 1922, Francis was a lifelong lover of sports. He played football, baseball, and hockey in high school... View Obituary & Service Information

The family of Francis James Fenn created this Life Tributes page to make it easy to share your memories.

Francis James Fenn, 98, passed away at his home in Groves, Texas...

Send flowers to the Fenn family.