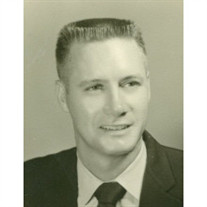 Gene Hershel Moss, 90, of Port Neches, Texas passed away Sunday, September 26, 2021 at Golden Years Assisted Living in Orange, Texas due to end organ failure. Gene was born September 7, 1931 in Port Neches, Texas to Maurice Moss and Mary Smaihall Moss. He was one of seven children that grew up during the difficult times of the Great Depression. He graduated from Port Neches High School in 1949. Shortly after graduation he joined the US Navy serving his country during the Korean Conflict on the USS Helena-CA75. He was honorably discharged from the Navy in 1955 and then restarted his life in Port Neches. He was employed by Allied Chemical in Orange, TX for 33 years until his retirement. He married Myrna Byrd in 1955 and had four children. In 1968 he moved to Orange, TX on a small farm where he stayed until his retirement, at which time he moved back to his beloved Port Neches, TX. He was then remarried, to his dear Wanda Pearl. He was a lifelong area resident who maintained close relationship with many who he worked with and was known for enjoying a meal with friends and family. He was a lifetime member of the Orange VFW and American Legion, and a member of the Korean War Veteran Association and was a US Navy Memorial Plank Owner. Visitation for family and friends will be held Friday October 1, 2021 from 4:00 p.m. until 6:00 p.m. at Levingston Funeral Home in Port Neches. Military Graveside Honors will be held Tuesday, October 5, 2021 at 10:00 a.m. at Oak Bluff Memorial Park under the direction of Levingston Funeral Home Port Neches. Gene was preceded in death by his sisters, Gladys Mouton and Beulah Tanner; brothers, John Maurice Moss and William Harrison Moss and wives, Myrna Byrd and Wanda Pearl. Surviving relatives include his daughter, Sabrina Burch and husband Kelley of Orange, Texas, Dr. Killeen Moreno and husband Bobby of Ballinger, Texas, and Dareena Mirrow and husband Erik of West Springfield, Massachusetts; son, Marty Gene Moss and wife Rita of West Monroe, Louisiana; sister, Alma Lou Munoz of New Orleans, LA; brother Melvin LeRoy Moss of Nederland Texas; 6 grandchildren and 1 great grandchild. Zoom ID for Viewing Meeting ID: 832 2731 9610 Passcode: 435207

The family of Gene Hershel Moss created this Life Tributes page to make it easy to share your memories.

Send flowers to the Moss family.