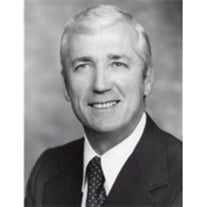 Harris Joseph Dorsey Jr. (June 4, 1935-March 13, 2021) Harris Joseph Dorsey Jr. died peacefully on Saturday March 13, in the presence of his family. Harris was born June 4, 1935 in Port Neches, TX to Harris J. Dorsey Sr. and Olga (McBride) Dorsey. Harris had one sister and four brothers: Betty, Tommy, Norvel(deceased), Ronnie and Donnie. After graduating high school, Mr. Dorsey joined the U.S. Army and served as an honor guard in the 2nd Armored Division and was deployed to Germany following WWII. During his service, he served as the personal flag-bearer to General Babcock. After serving and receiving an honorable discharge, Harris joined Local 195 as a pipefitter. He taught in the Local 195 apprentice school for 12 years. He attended Lamar University and later Purdue University studying industrial engineering. After college, Harris worked as an industrial instrument contractor in and around the Golden Triangle area for over 50 years. In addition to his career as a contractor, Mr. Dorsey was an avid inventor with five of his inventions receiving patents. He was the creator, owner, and operator of Chum and GetEm. Harris was also an active member of his local community, serving on the Port Neches City council for 12 years, a past president of the Port Neches Rotary Club, and a past president of the Port Neches Jaycees. He was also a dedicated member of Saint Elizabeth Catholic Church and was a Sir Knight in Knights of Columbus. When not working, inventing or serving his community, Harris enjoyed hunting, fishing, cooking and spending time with his family. Harris is survived by his wife Colleen, his children Cara and David, son-in-law Larry Edmondson, daughter-in-law Carol Doty, grandchildren Sean, Taylor, Courtney, and Jacob, granddaughter-in-law Madelyn, and great-grandchildren Cooper, Luke, and Brooklyn, as well as, his siblings Betty Coufal, Tommy, Ronnie, and Donnie Dorsey. In lieu of flowers, memorial contributions can be sent to Saint Elizabeth Catholic Church or the Port Neches Knights of Columbus. Visitation for family and friends will begin at 11:00 a.m., with a rosary recited at 12:00 p.m., Thursday, March 18, 2021 at Levingston Funeral Home in Port Neches. A Mass of Christian Burial will be held at 1:00 p.m. Thursday, March 18, 2021 at St. Elizabeth Catholic Church in Port Neches with Reverend Shane Baxter officiating. Burial will follow at Oak Bluff Memorial Park.

The family of Harris Joseph Dorsey, Jr. created this Life Tributes page to make it easy to share your memories.