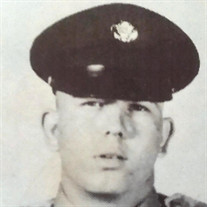 Jackie “Jack” Mullican, 80, of Port Neches, Texas passed away on Friday, June 17, 2022, at The Medical Center of SETX in Port Arthur. Funeral services will be 11:00 a.m., Tuesday, June 21, 2022, at Oak Bluff Memorial Park in Port Neches. Officiating will be Rodney Harrison (nephew). Burial will follow at Oak Bluff Memorial Park in Port Neches. Born in Oklahoma City, Oklahoma, on September 29, 1941, He was the son of Riley Mullican and Annie Bell Runyan. Jack was a resident of Port Neches for fifty-four years. He was married to his wife Gay Mullican of Port Neches for fifty-seven years. He served our country in the army, then went on to work as a Construction Boiler Maker for International Maintenance Corporation. He was preceded in death by his sister; Shirley Barker, his brothers; M.C., O.V., Forrest, Junior, Billy, and Donald Mullican. He is survived by his wife; Gay Mullican of Port Neches; his daughter; Patti Small and husband Donald of Nederland; his son; Richard Mullican of Ivanhoe, Tx; sister-in-law; Jean Mullican of Port Neches; five grandchildren; Timmy Mullican, Tiffany Almaguer, Heather Mullican, Aaron Small, and Dylan Small; six great-grandchildren, and numerous nieces and nephews. In lieu of flowers, memorial contributions can be made to Shriners Childrens Hospital of Galveston, Tx or St. Judes of Houston, Tx.

The family of Jackie "Jack" Mullican created this Life Tributes page to make it easy to share your memories.

Send flowers to the Mullican family.