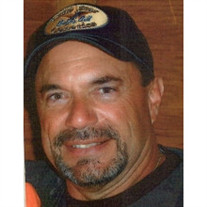 Jeffrey W. Greenway, beloved husband, dad and "Pop" passed away on Wednesday, February 24, 2021 at the age of 68. His life was cut way too short with so much life left to live. He will be greatly missed. He was born in Port Arthur, Texas on January 16, 1953 to Fred and Marguerite Greenway. He went to school in Groves for a short time and then the family moved to Jasper where he was truly a country boy. He had many terrific memories and friends there. When he was 13 the family moved back to Groves where he graduated from PNG in 1971. Jeff was a member of First United Methodist Church and Groves Masonic Lodge #1315. He always felt honored to have a career in law enforcement. His career started 2 days after his wedding, he left for Austin and went to Highway Patrol Academy. After graduation he was assigned to Angleton, Texas as a Highway Patrolman. After a short time he chose to go back to his hometown and work for the Groves Police Department. One of the best moves in his career was hiring on with the Constables Office, Pct. 7. His boss, Shorty Woods, was a huge influence in his career and his life. Jeff worked as a Deputy Constable for 8 years and then on January 1, 1997 he was sworn in as Constable. "The best part of this job, is helping people in a situation they don't know how to get out of. That's why I went into police work. I've always been for the underdog; that's my nature I guess." After a successful career, he retired in 2016 to begin his golfing at Wildwood and beyond, hunting in East Texas and visiting lifelong high school friends in the Hill Country. But without a doubt his greatest love was his family. In 1974 he married Sue Pinkston and they were blessed with two wonderful children. Son, Travis Wayne and his wife Adrienne, daughter Kelly Marguerite and her husband Lance Bridges. He was most passionate about his adorable grandchildren, Tucker, Annabelle and Tate; Elijah, Aleigha and Ryder. They were the light of his life and he treasured every moment spent with them. He is also survived by his precious niece, Cassie Guy and husband Greg. He was preceded in death by his parents, his sister Charlotte Throgmorton, his brother Carl Greenway and cousin John "Cuz" Kilgore. Thank you for the love you shared with him during his life and today, as we celebrate the Man, the Myth, the Legend. 10-4 Over and Out A visitation for family and friends will begin at 2:00 p.m., Sunday, February 28, 2021 at First United Methodist Church in Groves with services to follow at 4:00 p.m. Memorial contributions may be made to First United Methodist Church, 6501 Washington, Groves, Texas 77619 or the Charity of your choice.

Jeffrey W. Greenway, beloved husband, dad and "Pop" passed away on Wednesday, February 24, 2021 at the age of 68. His life was cut way too short with so much life left to live. He will be greatly missed. He was born in Port Arthur, Texas... View Obituary & Service Information

The family of Jeffrey "Jeff" Wayne Greenway created this Life Tributes page to make it easy to share your memories.

Send flowers to the Greenway family.