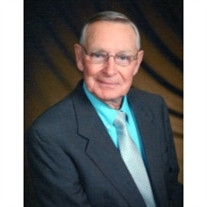 Jerry Allen Little, 85, passed away on September 18, 2021 peacefully at his home surrounded by his family. He was born March 21, 1936 in Beaumont, Texas to Chester and Thelma Little. Jerry joined the U.S. Air Force in 1955 and served his country for eight years. After his time in the service, he had a successful career as a Pipefitter with Local Union 195, and was elected as a Business Representative for many years. After retiring, he went to work in 1989 for the Reaud, Morgan, and Quinn Law Firm as an investigator. He was still employed with them at the time of his death. Jerry was an avid deer hunter and loved to fish. He passed along his love for the outdoors to his children and grandchildren. Jerry excelled in many areas and could tackle any project that came his way and he was the best handyman. He will be remembered as a fair and decent man that loved his family and was loyal to his friends. Jerry was preceded in death by his parents, his sister, LeTresa Adams of California, and his brother, Chester A. Little, Jr. of Port Neches. In 1960, he married the love of his life, Leona Breaux. They were married for 61 years. He is survived by his devoted wife, Leona, daughter Lisa Roedahl of Nederland, daughter Leslie Riggs and husband Kent of Kountze, and daughter Lori Ridgaway and husband Wade of Port Neches. He is also survived by his grandchildren: Hayley English of League City, Holden English and wife Rhea of Port Neches, Samuel Roedahl and wife Tiffany of Nederland, and Justin Ridgaway and wife Megan of Nederland. He is also survived by his great grandchildren: Kellin Roedahl, Kyle Ridgaway, Karson Ridgaway, and Harper Ridgaway. He is also survived by numerous nieces and nephews. There will be a gathering of family and friends on Thursday, September 23, 2021 at Levingston Funeral Home in Port Neches, Texas. Visitation will begin at 1:00 P.M. with funeral services starting at 2:00 P.M. His interment will follow at Oak Bluff Cemetery in Port Neches, Texas. Memorial contributions may be made to: St. Elizabeth Catholic Church, 2006 Nall Street, Port Neches, Texas 77651 or to American Cancer Society, PO Box 22478, Oklahoma City, OK 73123 (cancer.org).

Jerry Allen Little, 85, passed away on September 18, 2021 peacefully at his home surrounded by his family. He was born March 21, 1936 in Beaumont, Texas to Chester and Thelma Little. Jerry joined the U.S. Air Force in 1955 and served his... View Obituary & Service Information

The family of Jerry Allen Little created this Life Tributes page to make it easy to share your memories.

Send flowers to the Little family.