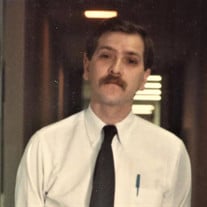 Joseph “Rick” Castillo, 68, of Houston, Texas passed away on May 9, 2022 at Baptist Hospital of Southeast Texas in Beaumont. Funeral services will be 10:00a.m. Saturday May 14, 2022, at Levingston Funeral Home in Groves. Rick was born in Port Arthur, Texas, on September 15, 1953, and was as the son of Rene’ Fernandez Castillo and Joan Ambler Castillo. He left the Golden Triangle after attending Lamar University to pursue a career as a computer programmer in Houston, where he worked for an oil company, accounting firms, and the Houston Independent School District. Rick’s family and friends enjoyed the ceramic and terra cotta nativity scenes, vases, decorations, and dishware that he fired in his kiln. He always had a menagerie of pets, raising chickens, ducks, pigeons, and turkeys as a teenager, and having dogs and cats as an adult. He greatly enjoyed traveling. In addition to his various trips within the U.S.A. and Mexico, he especially loved to tell people about his two trips to Europe. Rick made sure that he was present in the lives of his nieces and nephews. They remember him as the uncle who was full of personality and fun and cooked the sausage-cheese balls at Christmas. Rick cared about people, and he loved to eat at local restaurants in Houston with friends and family where he knew the owners or staff. Even during his declining health in the last years, he still loved to laugh, and his friends and family will always remember that he had a smile. Rick was preceded in death by his father, Rene’ Fernandez Castillo of Groves, Texas. He is survived by his mother, Joan Castillo of Groves; sister, Rosemary Mathis of Beaumont; brothers, David Castillo of Houston, Ronnie Castillo of Grand Prairie and Ambler Castillo of Groves.

The family of Joseph Rick Castillo created this Life Tributes page to make it easy to share your memories.

Send flowers to the Castillo family.