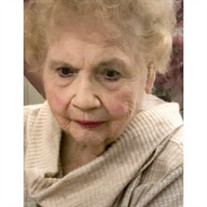 "Joyce" Doris Ruth Roddy, 91, of Vidor, Texas passed away Sunday, October 4, 2020 at Christus St. Elizabeth Hospital in Beaumont, Texas. Joyce was born in Camden, Texas to Davy T. Clamon and Daisy Toney Clamon. She resided in Polk County in her early years. Later she moved to Port Acres where she lived many years. During this time she was very active in the high school drill team. She became drill-team Mom while making all of their uniforms. Later she moved to Vidor where she spent her last 30 years. She was employed as a nurse for many years. She worked at Hotel Dieu, St. Mary Hospital and St. Elizabeth Hospital during her career. Joyce Roddy was a very strong woman that was not afraid to speak her mind. Later she became involved in civic activities. She spoke many times on behalf of others that were unable to speak for themselves. She was a very kind person who helped many families. She started the Concerned Citizens of Southeast Texas. She petitioned for lower utility rates for poor and unemployed. Among her accomplishments were: Jan. 26, 1976 - Based on Joyce Roddy's work, Congressman Jack Brooks recommended interium gas rates be composed pending further investigation. Presented a petition of 6,062 signatures to the Railroad Commission to request aid to low-income families. Feb. 19, 1976 - Congressman Jack Brooks sent a telegram agreeing with her concerns over increased natural gas rates. Apr. 15, 1976 - Carl Parker, from the House of Representatives, commended Joyce Roddy for her efforts in the organization of the Concerned Citizens of Southeast Texas, and lower utility rates for Texas. July 22, 1986 - Joyce Roddy Day was proclaimed by mayor of the city of Port Arthur. May 2, 1987 - Joyce received the Texas Women's Political Caucus' Certificate of recognition for Community Services. May 1987 - Joyce received a letter from President Nixon commending her achievements. Cooking became a passion later in life. She was an outstanding cook and everyone loved to gather at her house for delicious meals. She adored her two daughters Margaret Koch Mooney and Marcella Koch Rivett. She worshiped her time with her grandchildren and great-grandchildren. She joined the heavenly Father on Oct. 4, 2020. She lived a very long life, well over the expected. She was very proud of living her life independently in her own home. Visitation for family and friends will begin at 10:00 a.m. Thursday, October 8, 2020 at Levingston Funeral Home in Port Neches followed by the funeral service at 11:00 a.m. Burial will follow at Oak Bluff Memorial Park. Joyce was preceded in death by her sister, Bobbie Russo. Surviving relatives include her two daughters, Marcella Koch Rivett and husband Charles of Dallas, Texas and Margaret Koch Mooney and husband Bob of Vidor, Texas; grandchildren, Christie Hoffmeyer, Chad Rivett, and Crystal Mooney; great grandchildren, Kailyn Mayhew, Rylinn Moore, Hanna Hoffmeyer, Jessalyn Mooney, and Jude Mooney.

The family of "Joyce" Doris Ruth Roddy created this Life Tributes page to make it easy to share your memories.

Send flowers to the Roddy family.