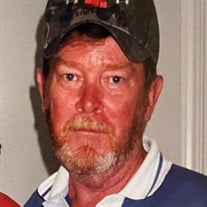 Kenneth Dwight Myers, 74, of Groves, TX passed away on Monday, February 14, 2022. Born on March 13, 1947 in Tallulah, LA, Kenneth was the third of six children born to Carl Myers and Virginia Bradley Myers. He was a lifelong resident of the Port Arthur/Groves area. After graduating from Thomas Jefferson High School he spent 6 years in the Marine Corp Reserves. During that time he met his wife, Kay Reaves Myers. Those closest to Kenneth, or “Kenny” as family called him, knew him as a funny, quick-witted and headstrong person. He loved his family and took great pride in his kids, Jason and Renee and his grandson, Brooks. Anyone who knew Kenny knew how much he loved spending time outdoors. Hunting and fishing were at the top of his favorite things to do. His love for hunting was encouraged by his dad and uncles when he was growing up. Several of them were members of the OO Hunting Club in Honey Island, TX. As early as his pre-teen years, he started spending every opportunity he could at this beloved camp in the woods with his dad, uncles, brothers, cousins (who were more like brothers than cousins), his son and friends. Over the years they spent time working on the camp, squirrel hunting, deer hunting, riding 4 wheelers or just hanging out by the fire. This 50+ year tradition lasted until about 2006 when they no longer had access to the hunting lease. When Kenny wasn’t hunting, you usually could find him fishing. He enjoyed freshwater fishing in Big Sandy Creek at camp or saltwater fishing at the beach. He especially loved wade fishing in a special spot that he and his cousin Alvin discovered in the ship channel known as the “Gator Hole” on Pleasure Island. Outside of these 2 activities, being a “Pa” to his grandson Brooks was his greatest joy. He especially loved when Brooks was a little boy and would spend time with them in Groves in the summer. During these times “Pa” and “Gram” could have lots of fun as only grandparents can with their grandkids when the parents aren’t around. He is survived by his loving wife of 50 years, Kay Reaves Myers, their son Jason Myers of Groves, TX, their daughter Renee, her husband David Hancock and their son, Brooks Hancock of Georgetown, TX. He is also survived by his sister Peggy and her husband, George Wacha, of Palestine, TX and his brother Jerry Myers and his wife Dianne of Easton, Maryland. In addition, he is survived by numerous nieces and nephews. Kenneth was preceded in death by his parents, Carl and Virginia Myers, his sister Cathy Myers and his brothers, Dennis and David Myers. Services will be held at Levingston Funeral Home located at 5601 39th Street in Groves, Texas. A visitation for family and friends will begin at 10:00 a.m. with a memorial service to follow at 11:00 a.m. In lieu of flowers, please consider a donation to St. Jude Children’s Hospital or the Humane Society of Southeast Texas.

Kenneth Dwight Myers, 74, of Groves, TX passed away on Monday, February 14, 2022. Born on March 13, 1947 in Tallulah, LA, Kenneth was the third of six children born to Carl Myers and Virginia Bradley Myers. He was a lifelong resident of the... View Obituary & Service Information

The family of Mr. Kenneth Dwight Myers created this Life Tributes page to make it easy to share your memories.

Kenneth Dwight Myers, 74, of Groves, TX passed away on Monday,...

Send flowers to the Myers family.