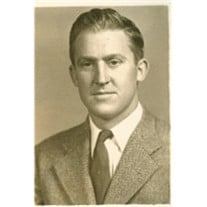 Dr. Kenneth Ray Watkins, age 93, a child of God by faith, a faithful husband, fine father, friend and physician, died May 8, 2012, in Houston, Texas. He and his wife of nearly 70 years, Norma, who survives him, had moved in 2009 to Houston from Groves, Texas, where they had lived for over 50 years. Dr. Watkins, board certified in Family Practice, established the Groves Clinic in 1954. He practiced a broad scope of medicine including surgery, obstetrics, general medicine, and orthopedics. He truly was an "old school" physician. He was always ready to serve his patients, whether at the office, hospital, or in their homes. He delivered over 900 babies, including second generation children. He loved his patients and they dearly loved him for his skill, compassion, fairness and gentle humor. He retired after thirty years of practice. He was a kind, bold man, skillfully and compassionately serving those who needed him. A founding owner, he helped build and establish Doctors Hospital in Groves, Texas, in 1955. He was recognized for his outstanding leadership, vision and ability and served as Chief of Staff and on various committees. He was Chairman of the Board of Trustees from 1967 to 1994. He was born on a farm near Venango, Nebraska, on August 18, 1918 to Emery and Janie Broughton Watkins. He was the sixth of seven children. He was graduated from Perkins County High School and enrolled in Kearney State Teachers College taking pre-med courses. Enlisting in the U.S. Army Air Corps when war seemed a certainty, he spent four years in the service with duty in the South Pacific Theater at Guam, Philippines, Okinawa, and Japan. He was on Ie Shima and witnessed the Japanese surrender party flying in under escort of the U.S. planes. He remembered seeing the Japanese party, including the emperor, dressed in formal clothes including top hats, being transferred to our planes and taken to the place of the surrender ceremony. After the war, he returned to school and was graduated from Kirksville College of Osteopathy in 1951. He moved his family to Texas and practiced in Wolfe City, Celina, and Celeste, before finally settling in Groves. He married his beloved Norma Lucille Newman in Palisade, Nebraska on July 7, 1942. Although their parents had been friends, he had not really noticed her until she spent one summer as life guard at the swimming pool in his hometown of Grant. She became the love of his life and they were a devoted and steadfast team until they were at last parted. Dr. Watkins was an active member of the United Methodist Temple in Port Arthur, Texas, the Veterans of Foreign Wars, the Sons of the American Revolution, the El Mina Shrine of Galveston, and was a 32nd Degree Mason with Groves Masonic Lodge #1315. He was a member of the American Osteopathic Association, a Life Sustaining Member of the Texas Osteopathic Medical Association and he served his profession on State and District levels. May 4, 1994, was proclaimed by Groves Mayor Sylvester Moore as "Dr. Kenneth Watkins Day" in honor of his many years of service as Chairman of the Board of Trustees and his dedication to the community as well as Doctors Hospital. Survivors include his wife, Norma; daughter Jo Merrily Watkins Parker King (Fred); son Dr. Mark Watkins (Sherrie); daughter Susan Watkins Rudosky (James); grandchildren Jeffrey and Joel Parker, Rebecca Watkins and Amber Watkins Guidry, and Christina and Joanna Rudosky; and great grandchildren Austin, Briana, Katie, Elizabeth and Cortlin. Also surviving are two siblings, older brother Col. Howard E. Watkins of Coos Bay, Oregon, and younger sister Delores Watkins Sexson of Grant, Nebraska, and numerous cousins, nieces and nephews. He is greatly missed. Preceding him in death were his siblings Orville Watkins (Vivian), Thema Merten (Stan), Lenore Jacobson (Floyd), Dean Watkins (Maxine), sister-in-law Marguerite Watkins, and brother-in-law Robert Sexson. Services will be held at The United Methodist Temple of Port Arthur, Texas, on Saturday, May 12, 2012 at 2:00 p.m. with Dr. Jesse Brannen officiating under the direction of Levingston Funeral Home in Groves.Visitation with the family will follow afterward. In lieu of flowers, please consider a contribution in his memory to The Shriners Hospital for Children, 6977 Main St., Houston, TX, 77030, attention: Becky Brown Williams.

Dr. Kenneth Ray Watkins, age 93, a child of God by faith, a faithful husband, fine father, friend and physician, died May 8, 2012, in Houston, Texas. He and his wife of nearly 70 years, Norma, who survives him, had moved in 2009 to Houston from... View Obituary & Service Information

The family of Kenneth Ray Watkins created this Life Tributes page to make it easy to share your memories.

Send flowers to the Watkins family.