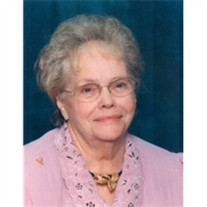 Mary Gauthier Wiltz, 87, of Port Arthur, Texas passed away Monday, December 31, 2018 at Twin Lakes Rehab in San Augustine, Texas. Mary was born February 24, 1931 in Leonville, Louisiana to August Gauthier and Edna LeBlanc. Mary has been a resident of Port Arthur since 1949 and was a member of St. Charles Catholic Church. She was also a retired self-employed caregiver. She was preceded in death by her husband, Nolan Wiltz; four sisters, and six brothers. Survivors include her sons, Wayne Wiltz and wife Dee of Nederland, and Alan Woodle and wife Tina of Port Neches; sisters, Elise Abshire of Crowley, LA, Eva Guidry of Crowley, LA, and Alzina Gauthier of New Orleans, LA; grandchildren, Justin Wiltz, Suzette Woodle, Robert Woodle III, and Bethany Woodle; and two great-grandchildren. A visitation for family and friends will begin at 12 noon, Saturday, January 5, 2019 at Levingston Funeral Home in Groves and a Rosary Service will be at 1:00 p.m., the funeral service will follow at 2:00 p.m. Burial will be at Greenlawn Memorial Park.

The family of Mary Gauthier Wiltz created this Life Tributes page to make it easy to share your memories.

Send flowers to the Wiltz family.