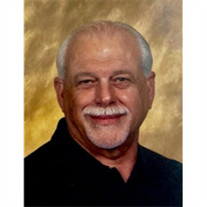 Mayo James (M.J.) Romero, age 80, passed away on November 8, 2020 in Beaumont, Texas after a short illness. He was born in Port Arthur, Texas on November 18, 1939 to Anne Sassine Romero and Mayo Joseph Romero. He grew up with a passion for horses and cars, often spending his days working in his family's Gulf Service Station in Port Arthur and raising horses. M.J. attended primary school at St. Mary's Catholic School and graduated from Bishop Byrne Catholic High School in 1957. After graduating high school, he joined the United States Marine Corps where he proudly served his country for seven years. He then went on to work at DuPont Beaumont from 1963-1997. On October 9th, 1959, Mayo James married his beautiful bride and the love of his life, Jean Edgar. Over their sixty one years of marriage, they built an extraordinary life together and were blessed with five daughters, fourteen grandchildren, and two great-grandchildren. Their marriage was based on unwavering love and support for each other, one which we all admire and aspire to emulate. Family was everything to him. Throughout his life, he was known by many different names: M.J., Mayo, Sonny, Husband, Daddy, Parrain, and Pop. He acted as a father figure for countless friends and family members, and was seen as a role model to everyone in his life. M.J. had a deep passion for bass fishing, deer hunting, gardening, and golfing. However, nothing made him happier than spending time with all of his babies and his beautiful bride, keeping up with close friends and neighbors, and bonding with his ACTS Brothers in Christ. He is preceded in death by his parents, Anne and Mayo Joseph Romero, and his daughter Tena Guidry. He is survived by his loving wife Jean; his sister Billie Angelle; his daughters Tessa Lewis and her husband Ron, Kala Rising and her husband Kelly, Tami Crochet and her husband Troy, and Kris Chiasson and her husband Bobby, and his son in law Brent Guidry. Also surviving are his grandchildren Keegan, Trace, and Kristy Guidry, Alec and Avery Lewis, Kendal and Dillon Drab, Makenzie and Kameron Rising, Tatum, Tanner, and Taryn Crochet, and Ryley, Ryder, Chloe, and DeLani Chiasson. Additionally, he is survived by his great-grandchildren Emery and Easton Guidry. On Thursday, November 12th at St. Elizabeth Catholic Church, a Rosary will be held at 5 pm led by his ACTS Brothers in Christ. All are welcome to attend. Visitation will follow until 8pm. Funeral services will be held on Friday, November 13th at 10am at St. Elizabeth Catholic Church under the direction of Levingston Funeral Home Port Neches. Pallbearers are Trace Guidry, Alec Lewis, Avery Lewis, Kameron Rising, Ryley Chiasson, and Ryder Chiasson. Honorary Pallbearers are Glen Angelle, Thad Hill, David Riley, Larry Plunk Jr., Jim Steen, Wayne Ogden, and Michael Boudreaux.

Mayo James (M.J.) Romero, age 80, passed away on November 8, 2020 in Beaumont, Texas after a short illness. He was born in Port Arthur, Texas on November 18, 1939 to Anne Sassine Romero and Mayo Joseph Romero. He grew up with a passion for... View Obituary & Service Information

The family of Mayo James (M.J.) Romero created this Life Tributes page to make it easy to share your memories.

Send flowers to the Romero family.