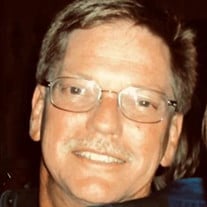 Michael “Mike” Bliss Davis, 69, passed away on Saturday, June 11, 2022, at his home in Port Neches, Texas surrounded by his family and friends. Visitation will be from 5:00 p.m. to 7:00 p.m., June 17, 2022 at Claybar Kelley-Watkins Funeral Home in Beaumont. Funeral services will be held at 10:00 a.m., Saturday, June 18, 2022, at Claybar Kelley-Watkins Funeral Home in Beaumont. Burial will follow at Oak Bluff Memorial Park in Port Neches. Officiating will be Joshua Fowler. Mike was born in Beaumont, Texas, on September 6, 1952. He was the son of Charlie and Lela Davis. Mike was a lifelong resident of Beaumont and later Port Neches. He was retired and enjoying life after spending over 40 years in the commercial fire and security industry. He was an avid boater spending much of his life on the water and was known for his famous “15 minute boat rides”. He had a sense of humor and an eternally optimistic outlook on life. He enjoyed live music, tinkering with DIY projects at home, and spending time with his friends and family. He was preceded in death by his brother, Charles Kent Davis. He is survived by his wife, Karen Petrovich Davis; son, Josh Davis of Beaumont; daughter, Nikki Davis Brewer and husband Matt Brewer of Houston; step daughter, Ann Marie Lonadier Horvath and husband Kyle Horvath of Tomball; brother, Mack Davis and wife Lauren Davis of Beaumont; sister, Annie Orchard of Beaumont; and grandchildren, Dylan Davis, Alexus Franks, Brady Brewer, Greyson Brewer, and a new arrival expected November 2022. Serving as pallbearers will be Shane Frederick, Mark Hess, Dee Downer, Jeff Nesom, Tyler Lewis and Aaron Hampton. Honorary pallbearers will be Dylan Davis, Brady Brewer, Greyson Brewer, Talmage Magee, and Bennie Magee

The family of Michael Bliss Davis created this Life Tributes page to make it easy to share your memories.

Send flowers to the Davis family.