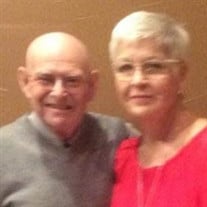 Pamela Kay Thrasher (Pam), 68 years old, of Beaumont, passed away on Saturday, March 5, 2022 at Harbor Hospice, on Major Drive, in Beaumont. Pam was born on December 11, 1953, in Port Arthur, Texas, to Ernest and Betty Temple. She was raised in Groves, on Gulf Avenue, and graduated from Lamar University, majoring in Elementary Education. Soon after Pam graduated from Lamar, she moved to Humble, Texas, for her first teaching job. Pam’s elementary teaching career spanned over 40 years, teaching at schools in Louisiana, North Carolina and Texas. She retired in 2021, from the Buna Independent School District, working as a fourth-grade teacher. Pam began taking care of children at an early age, to help pay for her college education, and she knew, even then, that teaching children would always be very dear to her heart. Pam was an amazing teacher; but what made her stand out during her career, was always wanting her students to succeed and excel. Pam was unique in that she used her creativity to reach students. She used cultural arts, through painting, drawing and crafts to help her students learn math, reading, science, and more. Pam was very loved by her students. Pam’s biggest challenge in life, was raising three of her grandchildren: Zachary, Sarah and Cadence. She loved her grandchildren so very much, that it was a challenge she welcomed. She worked hard to provide all the things that her grandchildren needed. She also attended their school functions, helped with school projects, and so many other things. Many times, she was worn out by the end of the day, but Pam always kept going. She sacrificed much to ensure that her grandchildren were taken care of. Pam loved to work in her garden at her home in Beaumont. Her favorite season was spring time, and the plants at her home were always filled with beautiful color. Pam was an amazing artist; she could draw, sew, quilt, and embroidery. She was able to take a simple room and transform it with just a rug, a few pillows and a touch of color. Pam baked and decorated cookies for the family that were too pretty to eat. Every holiday, it was a given, that Pam would bring her cookies. They were truly works of art. Pam is survived by one brother and sister-in-law, Wayne and Ginger Temple of Port Neches and two sisters and brother-in-law’s, Sharon and Michael Murdock of Groves and Karen and Cliff Cawley of Nederland.  Charles Gordon Thrasher, 74 years old, of Beaumont, passed away on Monday, August 10, 2020 after a lengthy illness with Alzheimer’s. Charles was born on October 2, 1945, in Champaign, Illinois, to Charlie Gordon and Zora Faye Thrasher. Charles was raised in Lake Charles, Louisiana, and graduated from McNeese University, majoring in Chemistry. Charles worked as a Chemist for over 40 years, retiring after an onset of Alzheimer’s. He was a veteran in the armed forces, who fought in the Vietnam War from January 1969 to January 1971. Charles was awarded the National Defense Service Medal and the Good Conduct Medal. After the Vietnam War, Charles transferred to the USAR Control Group. This group maintained a certain level of training in case they were later needed for active duty. Charles served in the USAR Control Group from January 1971 until January 1975 as a Medical Specialist. Charles was a quiet man, kind and soft spoken. He had many hobbies: Charles loved to play chess, play the piano and read. Give him a good book, and he was very happy. Charles loved to go walking and so enjoyed a nice walk in his neighborhood. He loved country music, cowboy boots and turquoise jewelry. Pam and Charles were married in 1975, for almost 45 years, meeting in Humble, Texas, shortly after Pam began her first teaching job. They were married until Charles passed away in 2020. Charles had one goal in life…to always make sure Pam was taken care of. They loved each other very much and they treasured their grandchildren. Pam and Charles are preceded in death by their parents and are survived by their son, Christopher Thrasher of Ripley, Tennessee; and their four grandchildren, Zachary Thrasher of Beaumont, Sarah and Cadence Thrasher of Ripley, Tennessee, and Caroline Thrasher of Wilmington, North Carolina. They are both also survived by many loving nieces and nephews. Pam and Charles were loved by their many friends, by their co-workers and especially by their very close family. They will forever be in our hearts. In lieu of flowers, donations can be made to either Alzheimer’s Association or a Cancer organization of your choice.   Services to Honor Pam and Charles 2:00 P.M. on Saturday, March 26, 2022 with Visitation at 1:00 P.M. Levingston Funeral Home, Groves, Texas All Family and Friends are welcome Officiating Pastor Daniel Ward, Fellowship Baptist Church in Nederland

Pamela Kay Thrasher (Pam), 68 years old, of Beaumont, passed away on Saturday, March 5, 2022 at Harbor Hospice, on Major Drive, in Beaumont. Pam was born on December 11, 1953, in Port Arthur, Texas, to Ernest and Betty Temple. She was raised... View Obituary & Service Information

The family of Mrs. Pamela Kay Thrasher and Mr. Charles Gordon Thrasher created this Life Tributes page to make it easy to share your memories.

Send flowers to the Thrasher family.