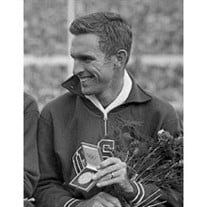 Walter Francis "Buddy" Davis, beloved father, grandfather, and great-grandfather, passed away peacefully on November 16, 2020 in Port Arthur, Texas. Buddy was born January 5, 1931, to Arthur J. and Therese (Meadows) Davis of Nederland, Texas. He was the youngest of four children, joining his sisters and brother, Mary Nan Hunnicutt, Averil J. "Sonny" Davis and Rose Arthur Knighten. He was preceded in death by his parents, his sister Mary Nan and his beloved wife Margaret Tynan Davis. He is survived by his brother Sonny and sister Rose Arthur, his seven daughters, Mary Edith (Bobby) Barnett, Nancy Louise Arrellano, Colleen Marie Curtis, Hillary Ann (Jack) Feltman, Karen Frances West, Martha Christine (Robert) Cerny, and Barbara Esther Burleson, and two sons, Shaun Patrick (Tammy) and Paul Damian. In addition, he is survived by grandchildren, Denise, Frank, Ana, Heather, Mona, Carly, Abby, Hunter, Rachael, Katie, Luke, Kyle, Layne, Maddie, Conner, and Danny, and an ever-increasing number of great- and great-great-grandchildren who filled his life with the semi-organized chaos and laughter he craved. To quote a line from The Man Who Shot Liberty Valance, "When legend becomes fact, print the legend." The fact is that our dad was, by any measure, a sports legend. Buddy lived an early life chronicled by newsreels, national TV commercials (Kent Cigarettes), variety television shows (Ed Sullivan), and major domestic and international newspapers and magazines. Overcoming a three-year bout of polio as a boy, he was a pure and natural athletic phenom. Standing 6' 9" tall with cat-like reflexes, and a vertical leap that rivals any in history, he was a multi-sport mega-talent. Playing every sport available to him at Nederland High School, his rare physical dimensions combined with his graceful and coordinated movements made him a coveted college "blue chip" recruit in 1948. His final decision to attend college came down to a choice between the Fighting Irish of Notre Dame and the Aggies of Texas A&M College. His mother Therese made the decision simple when she declared that the military discipline of Aggieland was what the rakish, young Walt needed. As Freshmen were not allowed to participate in NCAA sports at the time, Buddy used his time to get stronger and settle into college life and married our mom, Margaret, during his sophomore year in November of 1950. By his junior year he was a recognized national force in basketball for the Aggies. But Buddy still loved all sports. As fate would have it, while pitching batting practice to the Aggie baseball team, the baseball coach chased Buddy from the mound telling him, "we have plenty of pitchers kid but only one basketball center." On his way back to the gym, he walked by the track field where some guys were high jumping. Never shy or lacking confidence, Buddy challenged the jumpers and said, "I can jump that." And he promptly cleared the bar with ease. The track coach witnessed this feat and promptly signed him up to compete in the Southwest Conference Championship track meet the coming weekend. Buddy finished second. Thus began his two sport odyssey at A&M. Buddy went on to have a storied athletic career at Texas A&M, becoming one of only two athletes in A&M history to collect All-American honors in two sports (basketball and track). Following his Senior year he was drafted to play professional basketball by the Philadelphia Warriors of the NBA. However, having just won the U.S. Olympic Trials in the High Jump, he declined the offer and chose to participate in the 1952 Olympics in Helsinki, Finland. At the time, only amateurs could participate in the Olympics (a status he would have lost by signing a pro contract). He went on to win the first Gold Medal for the US at the 1952 Olympics by setting a new Olympic High Jump Record of 6'8 ¼". Later that same year, he went on to set the new World Record for the High Jump at 6'10 3/4". He also became the first person to clear a bar set at 7'. With his impressive size, extraordinary athleticism, and world class leaping ability, the Philadelphia Warriors once again drafted him to play in the NBA. This time the "Kid Kangaroo" accepted the offer, going on to win an NBA Championship with the Warriors in 1956. After being traded to the St. Louis Hawks the following year, he won another NBA Championship with the Hawks in 1958. Buddy wrapped up his playing days in 1959. After being traded to the Boston Celtics for the 1960 season, he opted not to report, bringing to a close his legendary career in sports. To this day, he is the only athlete in the history to have both an NBA Championship ring and an Olympic Gold Medal in Track & Field. Buddy's storied accomplishments have been recognized by his induction into the Texas Sports Hall of Fame (inducted with Tom Landry), the Texas A&M Sports Hall of Fame, the Texas Track and Field Hall of Fame (inducted with Carl Lewis), the Texas High School Basketball Hall of Fame, and the Museum of the Gulf Coast Hall of Fame. Following his professional playing days, Buddy came home to southeast Texas to begin a long and satisfying career in banking. Always loud, confident, and impossible to ignore, his thunderous laugh and weaponized wit were kept sharp by a voracious appetite for literature and human interaction. We will miss him for the rest of our days, but we count ourselves fortunate to have called him dad, granddaddy, uncle, brother, and friend. Each time there is a campfire, a bent fishing rod, or a good glass of whiskey, we will think of you and raise that glass. Due to concerns for the safety of our dear friends and family during these times of Covid-19 we will not be having a memorial service at this time. It is the family's intention to have a graveside memorial service and Davis style gathering to inter the ashes of our mom and our dad at the family cemetery at Quicksand Creek Church in Bon Weir, Texas. Hope you can come when we call.

The family of Walter Francis "Buddy" Davis created this Life Tributes page to make it easy to share your memories.

Send flowers to the Davis family.